Where does the data come from and how current is it?

The data are the most current data from the US Census Bureau for Census block groups which is from the American Community Survey's 2021 5 year estimates. Block groups are a small Census geography that are generally defined to contain between 600 and 3,000 people.

The American Community Survey (or the ACS) is the ongoing, annual survey of the social, economic, housing, and demographic characteristics of the nation’s population. It is a survey of 3.5 million addresses and informs over $675 billion of Federal government spending each year. This dataset is released in 3 parts each year:

A Short History of the American Community Survey 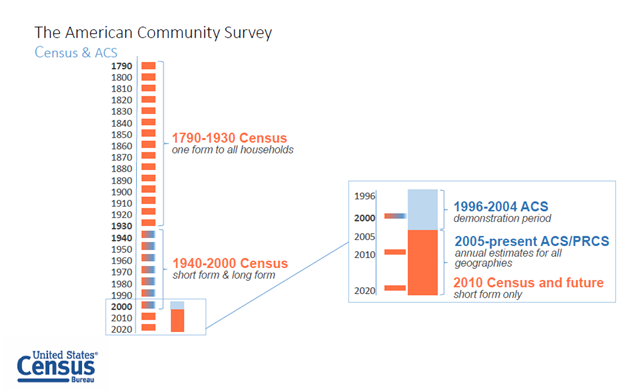 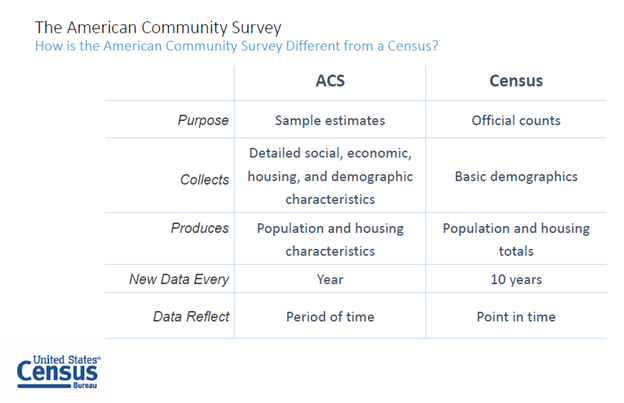 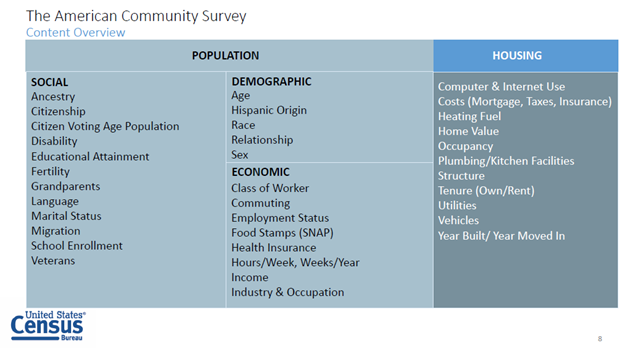 Where to Find Citations

You can find the full citations at the bottom of all the radius report website pages in the section called "What is the source of the demographic and population radius data above?".